While exploring the option on making a blog with content management system, I give a try on making use of koa2 + Postgres + Angular and the result turns out quite good.

The amazing part of using angular universal is that it has ability to compile all the page to static html. Making SSR and hosting on github available (or any CDN).

My Blog in Local Environment 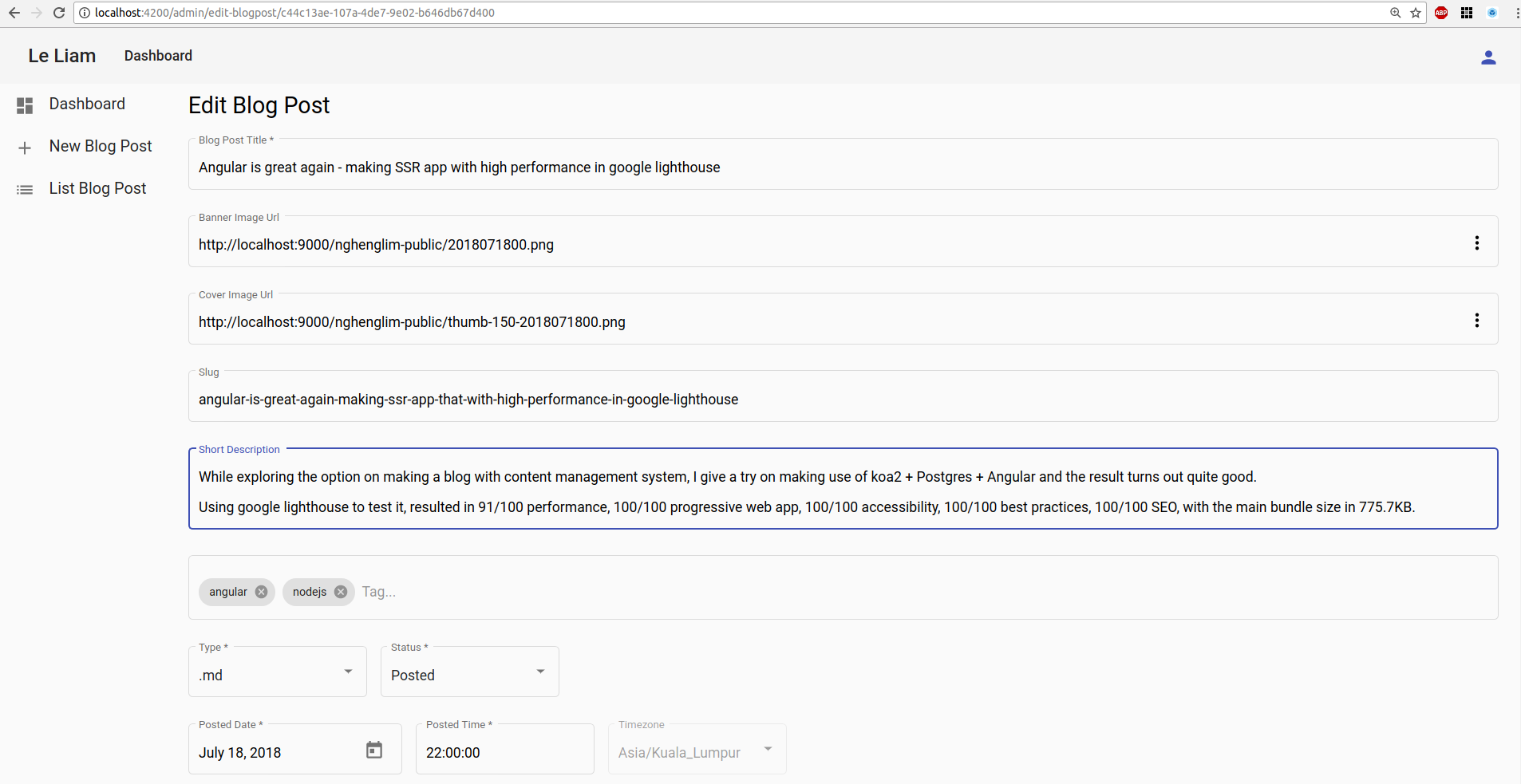 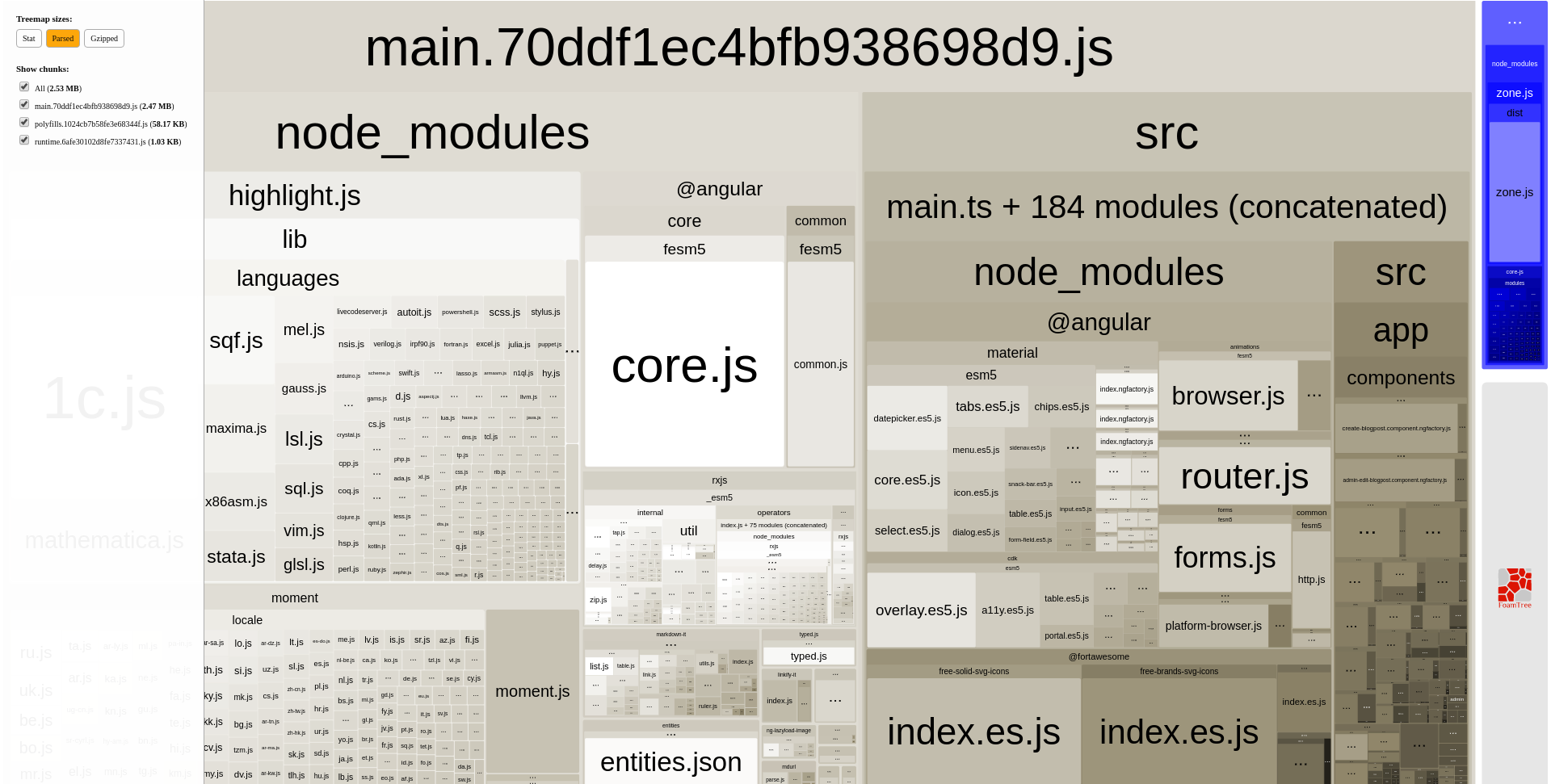 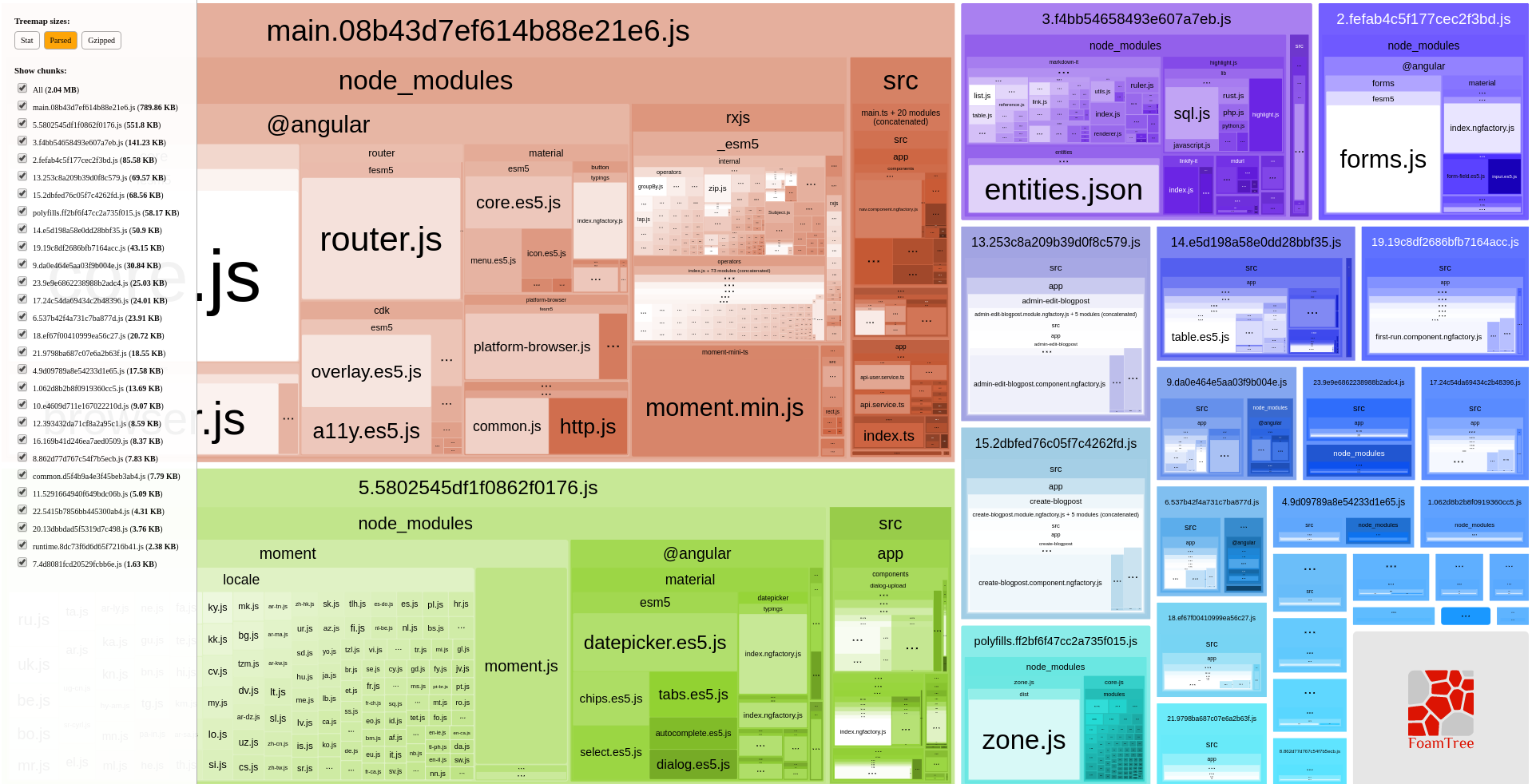 Is quite happy with the Angular Universal, I am looking forward to the release of Angular version 7.0 that will possibly reduce the core.js size.

The server-side rendering and progressive web app is becoming more important since we will not only support mobile, but potentially AR and VR device, angular is finally a great option in building a high quality PWA!